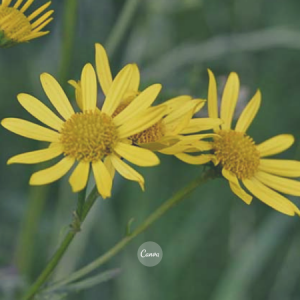 Saint James´wort (Jacobaea Vulgaris or Jacobaea Secenio), also known as herba de Santiago in Spain,  is one of the wild plants whose properties have been used for centuries by pilgrims to try to heal the possible ailments of the walkers. It’s found widely distributed throughout all the Caminos de Santiago, growing along roadsides and in fields, available to whoever passes by. Both its vulgar and scientific name make direct reference to the Camino de Santiago, so it is part of the essential symbology in the pilgrimage to the Apostle.

Interestingly, it is a toxic plant since it contains pyrrolizidine alkaloids (PAs) which are hepatotoxic and can cause complete liver failure.

There is no evidence that ragwort causes harm by contact or inhalation. In fact, there is very little evidence of harm to humans resulting from ragwort except for those with pre-existing liver damage and a couple of cases where very young children were given large amounts of an herbal tea made with ragwort which was said to be a cough medicine. Though there is no evidence of its harming healthy humans it is more of a problem for horses. This is because living ragwort is extremely unpleasant to the taste and animals will ignore it if there is something else available. If it gets into hay, however, it has lost the taste but, being one of the few plants which retains its toxicity after death, it will poison horses fed on the hay.

Was this Saint James´wort (herb of Santiago) used to heal pilgrims?

In the Middle Ages this plant was used to heal the pilgrims in the hospitals of the Camino de Santiago. The most important hospitals on the Camino were possibly the Roncesvalles and the one located in the very city of Santiago de Compostela.  The monastery-hospital of Roncesvalles had a strategic location, because pilgrims needed a place of rest where they could continue with the trip, since crossing the Pyrenean pass entailed great difficulties. The hospital of Santiago de Compostela was located in Obradoiro Square.  In the city of León, the first documented shelter is located before the door of the cathedral. For the cure of the sick, natural remedies came from the popular knowledge of the locals.Medicinal products were collected from the vicinity of the hospital or cultivated in their courtyards (hortus sanitatis). Also, it is documented the use of the herb of Santiago or Saint James´ ragwort in the healing process of these pilgrims in the pharmacies of some hospitals.

This ragwort is said to have received its scientific name after the apostle Santiago, and indeed the plant flowers before St James’ Day on 25th July. The flowering period starts in late spring and it finishes in summer, accompanying the pilgrims all their way to Santiago. 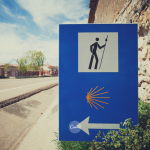 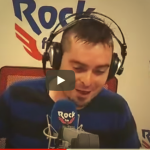